10 Big Things in Queensland for your road trip 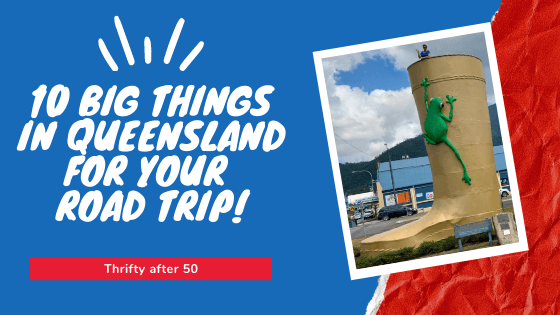 Over the years visiting Big Things in Queensland and Australia has become a cult phenomenon for tourists. Many a family road trip involves pulling up in the family station wagon next to to a ridiculously larger than life object and the kids piling out of the car to have their photo taken beside the BIG THING!

Whether you are doing a road trip with or without kids, seeing the Big Things in Queensland can be a lot of fun.

As a child, growing up in South East Queensland, it was always a BIG treat (no pun intended) for us to visit the Big Pineapple. Climbing inside the Big Pineapple was so much fun though I have to admit that my favourite part of the visit was eating one of their delicious Mango Parfaits. Yum!

If you are planning on starting your Queensland Road Trip in Brisbane then you should make sure you check out some of these free activities before you go; Brisbane City Hall ‘Clock Tower’ Tour, Brisbane Bucket List Ideas, 20 Free Activities at South Bank, Brisbane, and Explore Brisbane on a budget with a free CityHopper ferry.

Stanthorpe, located in Queensland, Australia is home to the iconic roadside Big Apple.

With over one million apples grown in the region, the Big Apple is a symbol of everything that is good about Stanthorpe. Follow your token selfie with the Big Apple with a visit across the road to the famous Sutton’s Juice Factory and Farm Cafe to sample some delicious apple pies, ciders, juices, preserves and other local apple products.

Rockhampton is known as the Beef Capital of Australia, so it makes sense this inland city on the Tropic of Capricorn would welcome visitors with a giant Brahman statue. What doesn’t make sense, however, is that visitors are greeted with the bull’s backside!

There are at least six bull statues throughout the Beef City, celebrating each of the region’s common cattle breeds such as Santa Gertrudis, Brahman, Droughtmaster and Braford. A common past-time for drunk local blokes is to steal the bulls’ testicles. So much so, that there’s a council worker whose job is to make and replace the bulls’ missing assets!

Although there are many ‘BIG Bundaberg Rum Bottles’ floating around, the official one sits in front of the Bundaberg Rum Distillery in the Wide Bay Burnett area of Queensland.

In fact the Big Bundy Rum Bottle, dating back to 1988, would have to be one of the most iconic of the Big’s in Australia.  It stands at an impressive 7 metres tall and actually started it’s life out at the Expo 88 stand for the Bundaberg Rum company.

Emma and her family are full-time caravan road trippers who are always on the lookout for a great camp to call ‘home’ as they travel.  Here are 19 fantastic camps along the Queensland coast that you can check out while you’re on your next Big Things in Queensland Family Road Trip!

The big Captain Cook has always been a significant landmark for my family. We live in a very remote community and Cairns is the nearest town at 11 hours drive away. When we see the 10 metre high landmark we know we’ve finally made it to Cairns and we can relax.

The statue has been gazing south along the Captain Cook Highway since the 1970’s, when it was originally built as advertisement for a local motel. Construction was only actually allowed to go ahead by the council as they didn’t realise the measurements had been quoted in metres. I’d say they got a bit of a shock when they realised how big the Captain Cook actually was!

At 5 meters tall the Big Cassowary located in Mission Beach in tropical northern Queensland is a pretty impressive sight!

The area around Mission Beach is the natural habitat of the endangered southern cassowary. Cassowaries are basically living dinosaurs and with less than 1000 left in the wild need all the publicity and protection they can get if they are going to continue to survive.

Take care when driving as these large flightless birds are often the victims of road traffic accidents. If you are lucky enough to spot one when out and about take extreme care as they are potentially dangerous and have been known to disembowel with one strike of their large claws.

Luckily the Big Cassowary at Mission Beach is harmless so feel free to stop and take plenty of snaps!

Each year Emerald in the Queensland Gem Fields hosts the Central Highlands Easter Sunflower Festival. It’s this connection to sunflowers that made artist Cameron Cross select Emerald as one of 7 sites around the world to feature one of his giant Sunflower murals on a giant easel.

The Big Easel was unveiled in 1999 and you’ll find it on the corner of Dundas Street and the Capricorn Highway – although you will likely see it well before then! The easel stands 25m tall and weighs 17,000 kilograms. Around the easel, check out the Federation Mosaic Pathway that features 21 beautiful tiled mosaics depicting the town’s history.

If you are thinking that the Golden Gumboot has something to do with either water or rain then you would be absolutely right. The towns of Tropical North Queensland are known for their high rainfall and Tully is officially the wettest of them all. The Golden Gumboot was erected to represent Tully’s record breaking rainfall in 1950 of 7.90m.

The Golden Gumboot is made of bronze fibreglass and is 6.1 metres long and 8 metres high and has a spiral staircase so you can climb up to the viewing platform on the top. In my opinion the best of the all the Big Things in Queensland are those that you can climb inside of!

The Golden Gumboot is just down the road to the Tully Sugar Mill which offers free tours during crushing season (June to November).

We visited the Big Mango in the coastal town of Bowen as part of our East Coast family road trip from Cairns to Sydney.

The huge, colourful 10 metre high mango is located on the outskirts of the town, next to the Visitors Centre and was erected in 2002 to celebrate the locally grown (and delicious) Bowen Mangoes. Somehow, in 2014, this enormous seven ton fibreglass mango was stolen overnight but was fortunately found hidden nearby and returned to its rightful position!

The Big Pelican is located along the river in Noosaville, up on Australia’s Sunshine Coast. Plenty of real Pelicans visit the area too (though thankfully, not quite so big!). Originally built for parade floats in the 1970’s, the Big Pelican has hosted a variety of parade personalities, including politicians, beauty queens and sports stars, though he eventually fell into disrepair (he once even capsized!) and was retired.

Thankfully, that was not the end of his journey – he has been rebuilt and reinforced, and now sits along the riverbanks. Though his parade days are over, he still retains his snazzy moves, including flapping wings, a beak that opens and closes and a moveable head. Standing at roughly 3 metres tall, ‘Percy’ the Pelican as he is known (though some now call him ‘Pelican Pete’) is hard to miss, and a great photo op!

You can visit the Big Pelican at 180 Gympie Terrace, Noosaville. Open seven days a week, he is now owned by Pelican Boat Hire and is free to visit, so make sure you stop by and say hi.

Jenna Rank | I want that flight

The Big Pineapple is one of the most famous Big Things in Queensland and Australia.

It is a two-storey fiberglass and metal structure 16 meters (52 ft) high.  You can climb inside it to an outdoor walkway at the top.  Entry is free.  The Big Pineapple opened in 1971 and was added to the Queensland Heritage Register in 2009.

It used to have a macadamia nut farm and pineapple plantation adjacent, but these days the tourist site surrounding it has a small zoo, a Pineapple Train that goes through the surrounding countryside and zoo, a Tree Top Challenge with high ropes and zip lines, and a music festival.

Save “10 Big Things in Queensland for your road trip” for later. 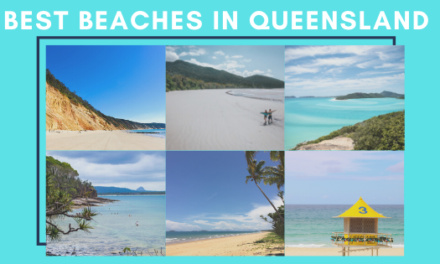 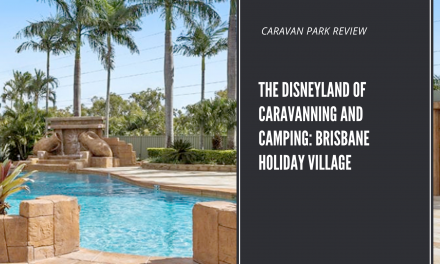 The Disneyland of Caravanning and Camping! 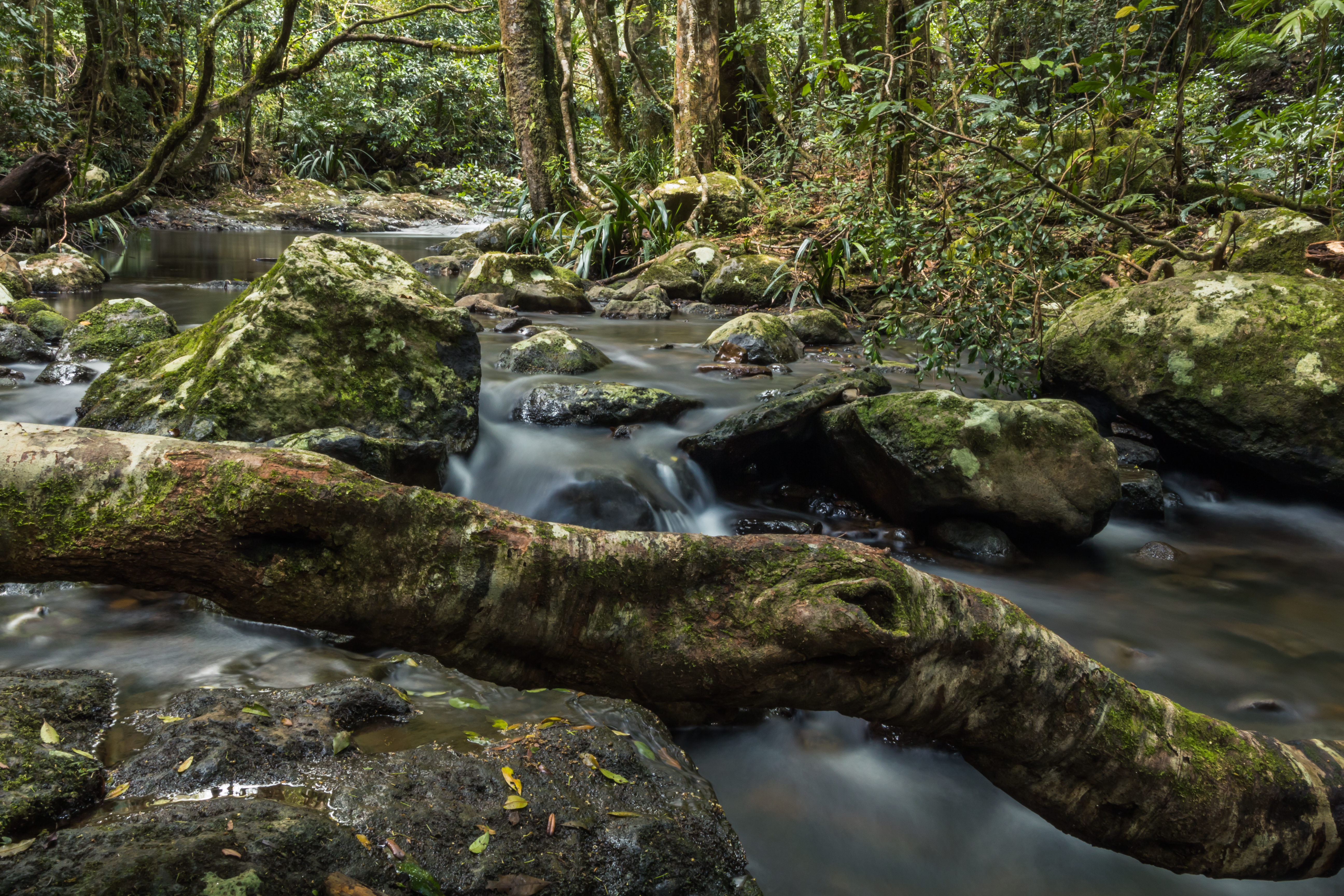 A weekend of bushwalking at Binna Burra Lodge

Fun things to do in Rockhampton: Bull Riding & Texas Bar-B-Q

Thanks for the great post. I’ve found a few Big Things to add for our next family road trip.

Thanks Pat, hope you enjoy your road trip 🙂

This is such a great list! Growing up in Queensland a drive past the big pineapple was always very exciting! The big banana was another favorite along those southern drives to Sydney.

I love reading your blog, Susan. It’s so full of useful information- really helps me in my decisions for my bucket list. Thanks to John too.

This website uses cookies to improve your experience while you navigate through the website. Out of these cookies, the cookies that are categorized as necessary are stored on your browser as they are essential for the working of basic functionalities of the website. We also use third-party cookies that help us analyze and understand how you use this website. These cookies will be stored in your browser only with your consent. You also have the option to opt-out of these cookies. But opting out of some of these cookies may have an effect on your browsing experience.
Necessary Always Enabled
Necessary cookies are absolutely essential for the website to function properly. This category only includes cookies that ensures basic functionalities and security features of the website. These cookies do not store any personal information.
Non-necessary
Any cookies that may not be particularly necessary for the website to function and is used specifically to collect user personal data via analytics, ads, other embedded contents are termed as non-necessary cookies. It is mandatory to procure user consent prior to running these cookies on your website.
SAVE & ACCEPT
You cannot copy content of this page
wpDiscuz
5
0
Would love your thoughts, please comment.x
()
x
| Reply